The Calm Before the Storm – Part 1

The past week at AMREF has been one of strange contrasts. There were no flights at all for three days and it was making the staff twitchy. It just doesn’t feel right to have nothing going on. In actual fact there was quite a bit going on 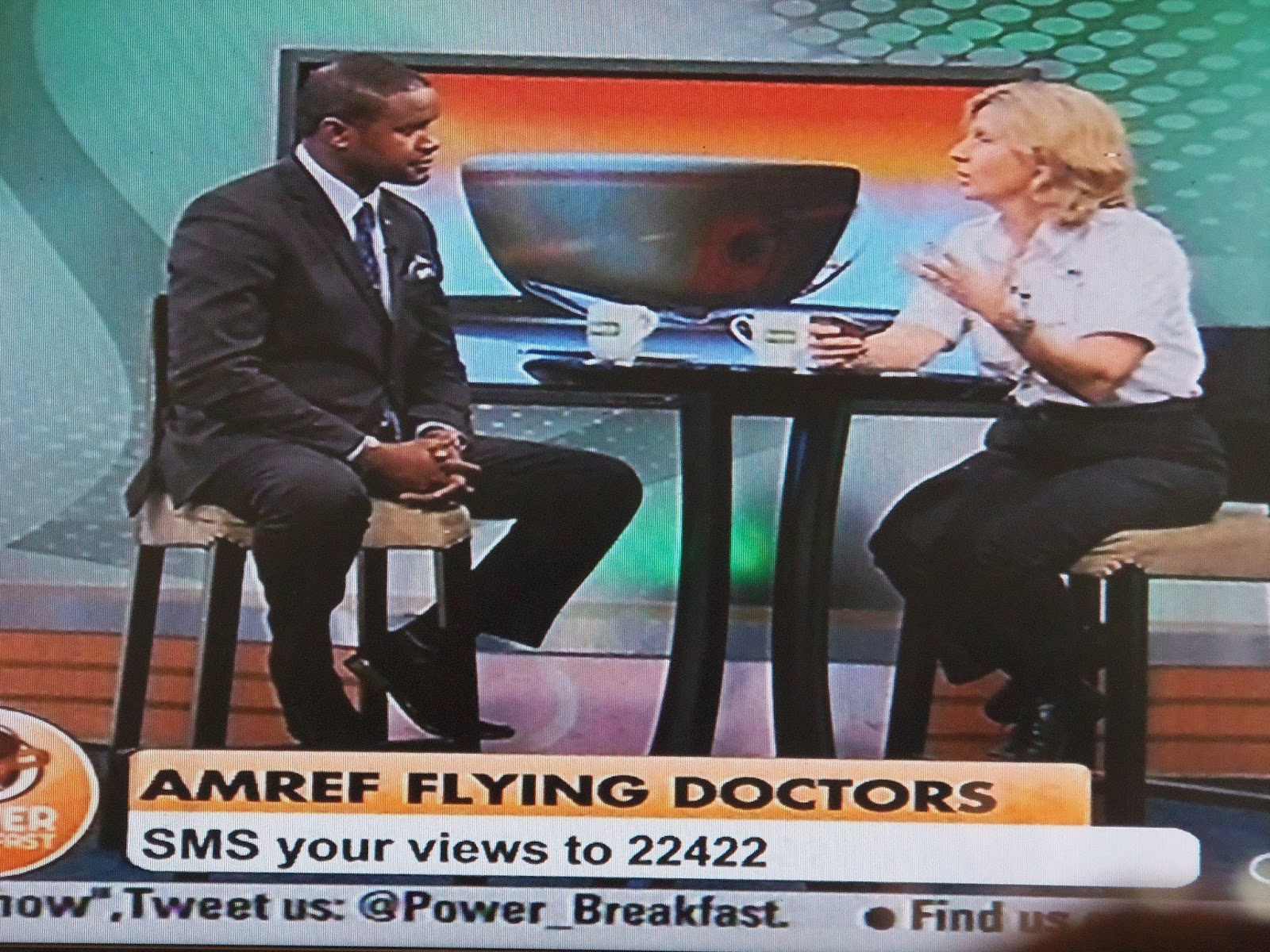 at AMREF FD headquarters, just no flying. We had the official launch of the new Beechcraft King Air air ambulance on Monday. It was an impressive event with the dignitaries and guests sitting in the hanger alongside the beautiful new plane. Proudly I watched as my  film was being shown on repeat in the background. Dr Bettina Vadera, a representative from AMREF and the visiting MP all made speeches with a compare from Nairobi radio. She did a fantastic job of helping market the Maisha cover plan which is new insurance policy which is affordable to a large proportion of Kenyans and they then can get rescued from wherever they are in East Africa.  But after the banners and tables were cleared we sat around twiddling our thumbs for the rest of Monday and then Tuesday. Then suddenly on Wednesday morning, we had three medevac flights come in simultaneously. During the next two days AMREF FD would take on 9 flights, many of them extremely sick patients.
As I entered the office I was directed to the waiting caravan plane to do our checks as we had to fly out to Lewa where an 8 year old girl had fallen from her horse and was unconscious. There really is nothing like paediatric trauma to brush off the morning cobwebs. Far more effective than coffee. As I was busy agonising over whether I should be using the (A+4)x2 or the (Ax3)+7 calculation for her weight and the plane was about to start off, we were suddenly stood down. The girl was being brought straight to Wilson in a small plane with the parents and I was needed on another urgent flight into Tanzania. But we had to stay on site to receive the little girl from Lewa at Wilson to resuscitate as required and pop her in our ambulance to take her straight to hospital.

One of our locum doctors was on his way in to help out but was a little way off in the infamous Nairobi traffic. The tiny Cessna plane arrived from Lewa and taxied to us. The little girl had improved on the journey and was now wriggling away from stimulus. It was a good sign; lots of little kids respond like that after a significant head injury. I see mostly insignificant head injuries in children back home, and often I have to physically catch them from the play-area in the waiting room to assess them. We packaged her up while calming the parents and sent her off to the hospital for a scan of her head to exclude a neurosurgical issue. I am told she awoke fully on the way to the hospital and is doing fine.

So as we popped her in the ambulance the King Air was brought around and had been loaded ready for us to head into Tanzania. A young girl of 15 had been involved in a nasty car accident and was critically ill. She had been unrestrained in the back seat of her father’s car as they hit a pot hole, breaking the axel and the car rolled several times. The father was fine but his daughter had been ejected though the front window and was lay unconscious on the road. Once they got to the local hospital, we were contacted. As far as they could tell she only had a head injury (always a dangerous assumption) and she was still unconscious. All they could do was wait for us and give her strong medication to suck fluid out of the cells in her brain and halt the swelling going on inside.

It took about an hour to get to this gold-mining town in Kahama, Tanzania and on the way, while being bumped around by the thermals coming off the baked ground, we did our standard checks and discussed our plan. Given that we were expecting to be escorted to the patients bedside, we thought we would have a little time to assess and plan in the relatively safe and sheltered environment of the hospital. As we taxied around at the dusty runway, I noticed an ambulance sitting just outside the gates on the other side of the airstrip. I wandered off in the baking heat to have a pee (I am always totally convinced I am going to get bitten by a snake when I do this) and Kisito the flight nurse explained to the airstrip’s official that the ambulance needed clearance to enter. It seems no matter where you go in the world you will find irritating ‘jobsworths’. It’s just that in Africa they tend to back up their obstinate behaviour with an AK-47. Kisito gave up and beckoned the ambulance to bring some people to help us hump the equipment the 500m over to the gate. I lifted a few pieces of equipment out of the aircraft and then noticed he had started running towards them.

It took me a little while to work out what the problem was through the heat haze. Then I could make out a little group of people hurriedly carrying a small body on a stretcher. ‘Oh bugg*r’ I thought and quickly followed Kisito. 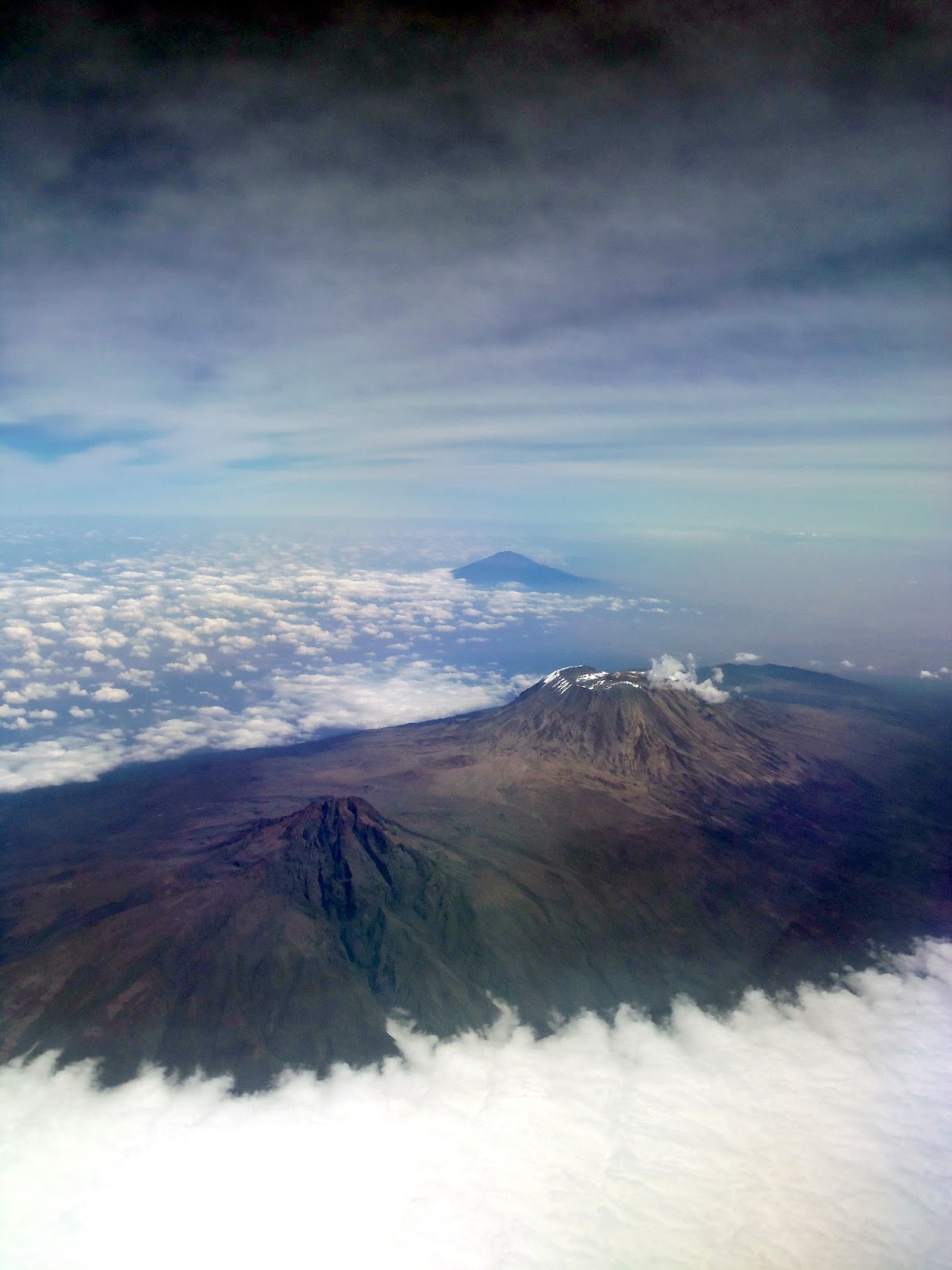 A rapid sequence induction on a critical patient in the pre-hospital environment can be one of the most stressful situations you can encounter as a doctor. But it needs to be calm, clear and systematic with good communication between the intubator and the assistant. So many things can go wrong; the powerful drugs you use to render the patient amnesic and unaware of the whole process, to reduce the stress response to having the breathing tube put down their throat and to paralyse their muscles, can easily put them into cardiac arrest. And if you can’t get the tube down and can’t breathe for them then they will asphyxiate. In a critically ill patient the time you have to get a breath into the patient can be only seconds before the oxygen in their blood is used up. The pre-hospital environment makes this procedure even more difficult especially in injured patients with potentially broken necks, damaged lungs and occult internal blood loss.
From one look at this girl, you did not need to be a doctor to see she was in a bad way. She was unresponsive with a partially obstructed airway, breathing extremely fast with a pulse rate of 170. Her blood pressure was actually slightly elevated, as young people often do before it starts dropping. Her head was bandaged and she had signs of a facial fracture. Kisito and I did not need to spend long deciding what we needed to do. In the shade under the wing of the aircraft we beavered about. Soon Kisito had established a large IV line and was getting one of the crowd (of course there was a crowd) to squeeze a bag of fluid into her, while I drew up the necessary drugs. Soon we had her assessed, oxygenated and her pulse rate was sensible. I was prepared for it all going horribly wrong but the tube passed simply and she did not respond adversely to the medication. We continued to optimise her chances of neurological recovery as best we could on our way back to Nairobi but I’m afraid the prognosis for such injuries is not very good.
Just as we were handing over in Nairobi we were instructed to return urgently as we were needed in Kisumu next to Lake Victoria. A normally sprightly elderly man had had a heart attack the day before and was not doing well. We had had a non-urgent enquiry about a transfer for him to have cardiac catheterisation earlier in the day. The clot busting and cardiac support drugs he had been given had seemed to be working. But then as his heart started to fail and the pressure started backing up, he had started to drown in his own fluid. This is not an uncommon occurrence for us in the emergency department and we deal with ‘crashing pulmonary oedema’ pretty regularly. Nitrates and ‘non-invasive assisted ventilation’ works pretty well. Obviously this was not available in Kisumu hospital. They also couldn’t do an echocardiogram because the machine is owned by one of the other physicians and apparently it can only be used on his patients.
Our radio room informed us that the patient was deteriorating and we needed to get a move on.

Unfortunately the relatives could only afford a flight with our caravan. We could have been there in 20 minutes in a jet. Two hours and a bumpy road journey later we were at the patient’s side to discover the doctors had intubated him despite the advice of the guys in the radio-room. They had intubated and sedated him but had no capacity to give him positive pressure ventilation. So he was basically in a worse state than if he had been left to his own devices. He was sedated, driving down his own appropriate urge to breathe rapidly and the tube was merely providing an extra long windpipe, like a rather thin snorkel, just making the work of breathing more difficult with the froth from his chest bubbling out the end periodically. I’ve never seen this done to a patient before. Without the benefit of assisted ventilation I simply don’t understand what they were hoping to achieve.

For the second time in the day Kisito and I exchanged glances, sighed and got to work. Thirty minutes later we had this chap settled on the vent and his chest was already improving. We had to contend with his heart doing some weird things as we ascended but with a little tweaking and strong cardiac drugs we had them solved by the time we handed him over back in Nairobi to go have his angiogram.

As I settled down to a well-earned sleep that night, little did I know that, across the other side of the country, something terrible had just happened. The storm was about to get worse…

Stay tuned for the next signal….

About; AMREF’s vision is for lasting health change in Africa: communities with the knowledge, skills and means to maintain their good health and break the cycle of poor health and poverty. We believe in the inherent power within African communities – that the power for lasting transformation of Africa’s health lies within its communities.

Interested in working in remote medicine?  Courses of interest

Sarah Outen crossed the border from Kazakhstan into China